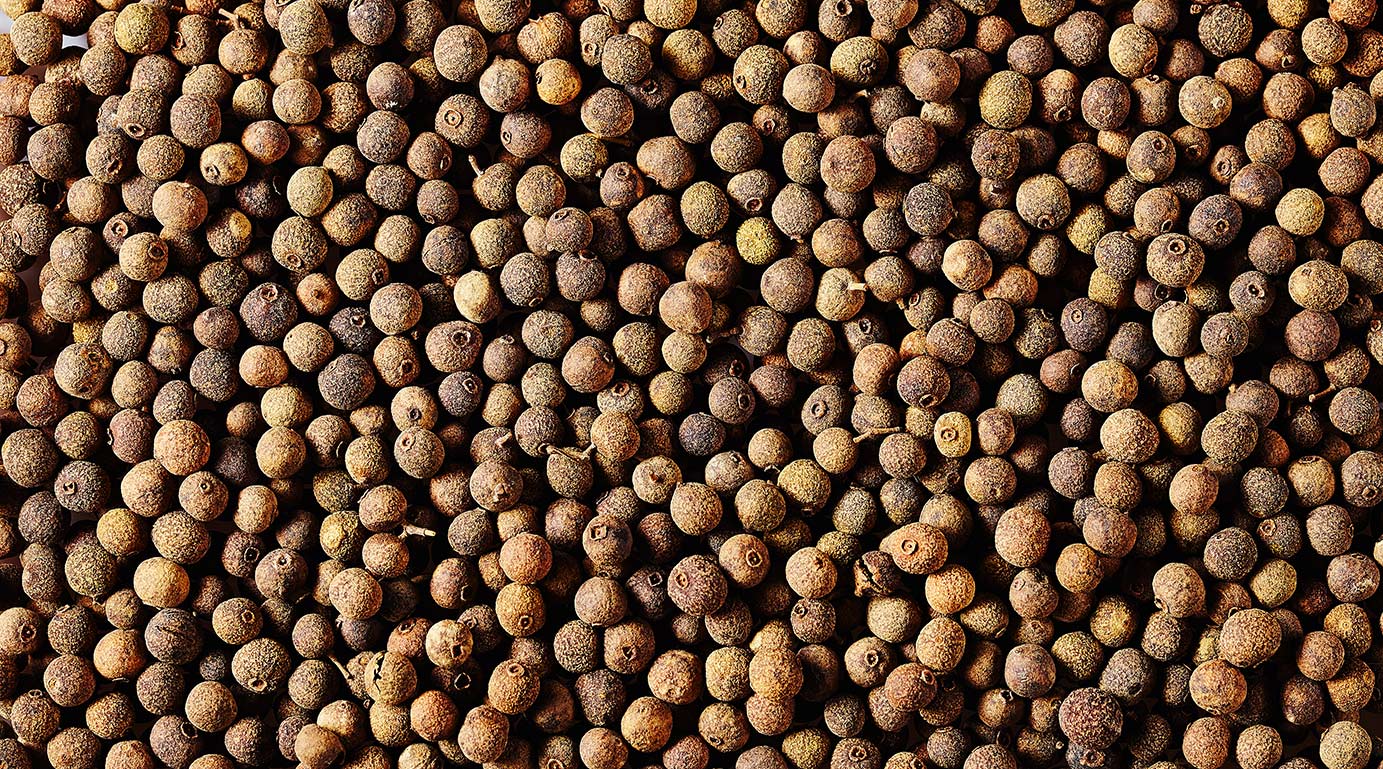 Round berry approximately 1cm in diameter, brown to reddish brown in color and somewhat rough to the touch. Allspice berries grow on a bright green-leaved tree in the myrtle family and are native to the Western Hemisphere. The spice is the immature and dried fruit of the tree.
Its name in English (allspice) derives from its sensory character: slightly spicy, sweet and with characteristics reminiscent of cloves, cinnamon and nutmeg.

Allspice is used in many foods. Among them we find oven products, such as cakes and cookies. It is also widely used in the processed meat industry in two forms: as essential oils and as oleoresin; In these forms it is used in products such as bologna and Viennese sausages, and whole is used in marinades for corned beef, sauerbraten and fish. Allspice is the main flavoring agent in Caribbean and Jamaican foods and spice mixes.

The first Spanish explorers discovered this spice and gave it the name of pepper because of its resemblance to black peppercorns.
The Mayan Indians of Central America used it for embalming. Europeans used it in large quantities to preserve meat and for their roasts. World War II greatly reduced its presence in Europe and its popularity never regained the place it had then.